Democracy and Memory Laws: A Mnemonic Threat to the Rule of Law in Central and Eastern Europe

Democracy and Memory Laws: A Mnemonic Threat to the Rule of Law in Central and Eastern Europe
Ulad Belavusau (T.M.C. Asser Institute – University of Amsterdam, The Netherlands)
The Inaugural Guest Lecture will be published in the first issue of the Interdisciplinary Journal of Populism and presented/discussed at the Summer School on 18-19 September 2020

Memory laws constitute an emerging study area in comparative constitutional and criminal law that focuses on various modes in legal governance of history, from criminal provisions counteracting genocide denialism to the legal acts on (re-)naming streets after historical figures. Despite their multiple forms – punitive and declarative, constitutional and administra­tive – such memory laws rose tremendously in Europe throughout the 2010s under the pretext of counteracting historical disinfor­mation. Their mushrooming in Central and Eastern Europe has been intertwined with a noticeable rule of law decline in the region. Drawing on the recent Hungarian, Polish, Russian and Ukrainian developments, this guest lecture will explain why ‘illiberal democracies’ are particularly eager to revert to populist identity-formation under the guise of memory laws. 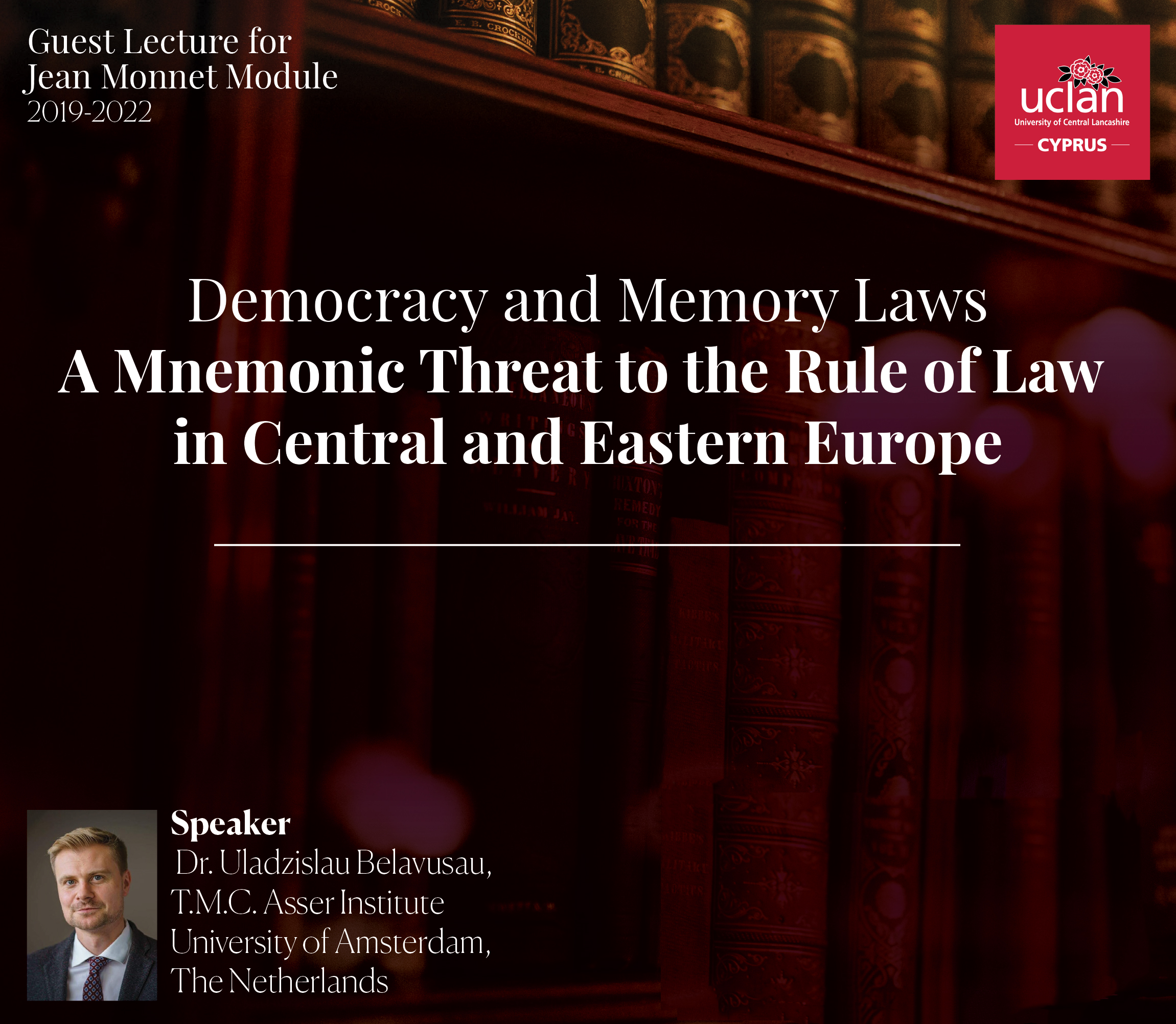